Today I am going to talk about the training of Lync.

I decided I would change my breed for a few reasons, one being I wanted a breed that was easier to care for grooming wise.  One that I didn't have to glue ears on for a year, but mostly one that wasn't so sensitive.  While I do really love my sweet sensitive Collies, they are not always the best breed for doing performance things with.
Collies are attentive, and want to please so bad that it actually stresses them out if they think they are doing something wrong.   It hurts to see a dog you love stressed because you have asked him to heel , or retrieve, or pay attention in a distractive environment.   Not all Collies are like this, Kort was extreme,  I had no trouble with my first Collie Ben, other then he was horribly afraid of floors, that meant only going to outdoor trials, and Drake was super, not afraid of anything.

I also wanted a dog that could put up with me and my loud voice!  If I raised my voice around Kort, he thought he had done something wrong, if I sighed , he thought he had done something wrong, poor guy.
On the other hand, I love to be silly.  I like to tease my dogs, talk in silly voices to them, and generally be an idiot.  I wanted a dog that was like that too, so I chose the Flatcoated retriever :)

I find him very very smart, he picks up on new things very fast!   Right now we are in 2  Obedience classes, one is geared to competitive obedience training, the other to having a nicely behaved pet.  I enjoy both classes and what they have to offer.
I find the competitive class a bit more challenging as Lync has to deal with more things that distract him.  Rundle is in the class, he LOVES Rundle!!! He also has to deal with Judy being in the class with Mazie, he not only loves Mazie, but he loves Judy as well.  Judy owns Lync's mom Kona and it was Judy that cared for Lync for a month after my car accident.
There is also another Bernese Mt Dog in the class, Lync is forever thinking it is Rundle.  So in that class I struggle quite a bit to hold his attention.

In the pet class, he is a bit calmer.  The first night he barked at all the dogs!  This was because he had never seen these dogs before, last night was our second class and after his first bit of excitement he remained calm for the rest of the night.  I enjoy that he will sit calmly at my side, or even lay down and just observe the other dogs while Amanda is giving us instruction.  Kort was a reactive dog, always barking , never relaxing, it became exhausting!

The one thing I am not used to in Lync is the social butterfly aspect of the retriever.  I still struggle to have him just walk along with me.  Last night we had to circle around the other dogs and handlers in the class, loose leash.  Lync was so distracted, it was like, omg dog, dog, oh look toy! , dog, oh toy! , look another dog, dog!!, bag on floor !! oh another dog! another toy, omg yippee!!  I had to laugh, I love his free spirit.
I vowed I would not take this stuff serious again.  Lync will get there eventually, he doesn't have to have a CD at 2 years of age, we will do it when he is ready.

I do want to put a UD on Lync, so at some point we will buckle down more, but when he is mentally ready to do that, for right now I am just enjoying the fact that I own a Flatcoated Retriever, I am having a blast, he is everything I thought he would be and more ♥ 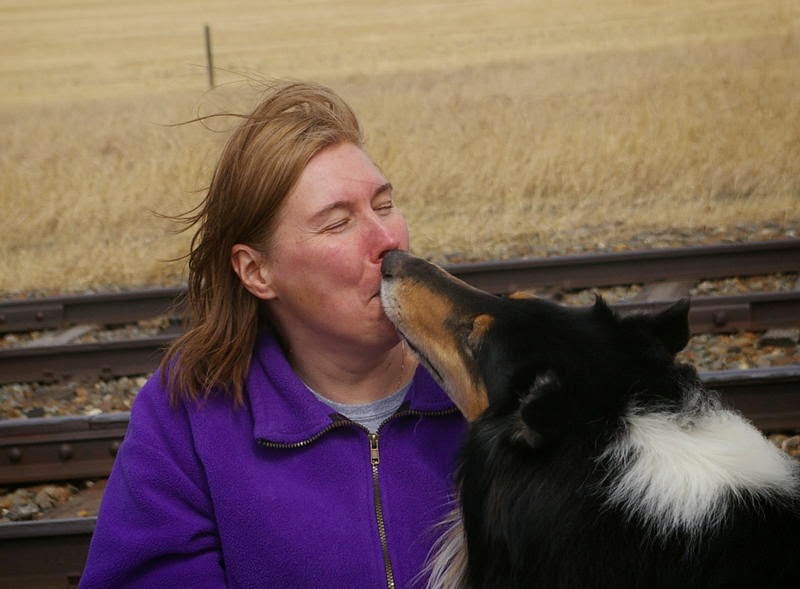 I am sitting here, numb, waiting for the vet to call.  Not my regular vet, shes on holidays :(

Brad woke me at 7 am saying Tate needed me, he was having his 3rd seizure, just 16 days after the last one, they are coming closer together.  I got an entire Valium into him and just waited, this one didn't seem as bad, by that I just mean there was less whining, I think due to the entire Valium.

I was ready, going to call the vet as soon as they opened and bring him in and help him cross over the bridge.  Then Brad says lets wait the weekend and see how it goes.

I am just a mess, so torn, I don't want Tate to go through this, I don't want to go through this, it hurts my heart.  But now I am thinking, well what if he could go on seizure medication, or more Valium everyday, would that help?  What if it isn't a brain tumour, am I being too quick to end things?  The longer the vet is taking to call me the more I am finding reasons not to do this.   For instance, he ate and enjoyed it.

I managed to get him upstairs by myself, it was not pretty, he fought back and couldn't co ordinate his legs :(  Once outside he wandered a bit but then did go to the bathroom.  Getting him back in was another challenge, he appeared disorientated again, lacking in sight.  I grabbed the harness Wendy had borrowed me and was able to get him into the porch.  I tried to see if I could get him either up stairs or downs stairs, we live in a split, but there was no way, he has lost his depth perception, I think it is too soon after his seizure, his brain is still foggy.

I sat with him in the porch again, put down his dog bed and some water and that is where he has been for a half hour, sleeping thankfully.

This sucks so bad, I want to scream but I need to hold it together for Tate, I am trying not to think of anything, however my life is at a standstill right now.  I don't want to move from the house until I know Tate is either going to be ok or not. 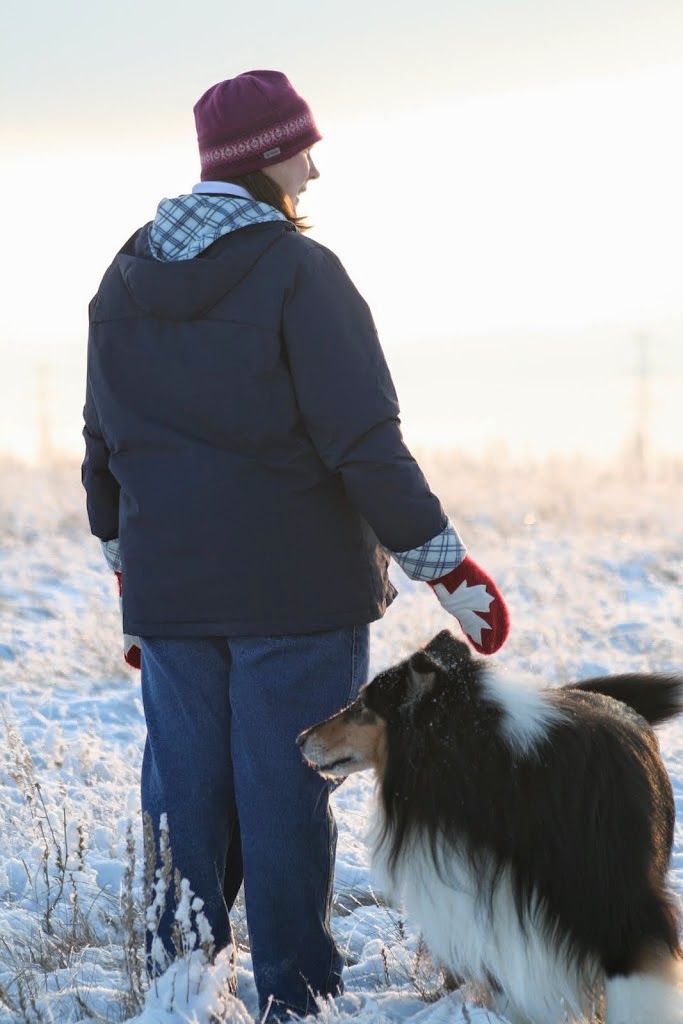 
Late in the evening of July 1st, which I guess would be July 2nd, Tate had his second seizure.  I heard him barking downstairs, found him trapped under the table, his chest soaked from drool.  He must have been wandering and bouncing off things before he got trapped as I could see a couple of dropped book shelves and pictures on the floor.  That breaks my heart to know I wasn't there the second he needed me.  I sat on the floor holding him for about a half hour , he was struggling to get away from me, when he is having a seizure he wants to move around,  he doesn't really "know" what he wants, but that is what he does.
I had given him half of a Valium at 1 am , at 1:30 he still wasn't settling so my husband and I carried him up to our back porch.  We put up a gate, I sat on the stairs , gave him another half of a Valium, and just let him circle.  He kept whining continually as well :(
Each time he stopped by me I tried to get his head, massage his ears, see if he was coming out of it, but no, it lasted until 2:30 before he finally laid down, we were both exhausted.  I laid on floor in the porch with him for another hour or so, just to make sure he was sleeping and not going to have another one.

My vet told me to give him a whole Valium right off the bat next time.  This seizure was 2 months between, now we will wait and see when the next one will happen.  They will eventually start coming closer together, I hope they don't start lasting longer .

The strange thing is Tate's breeder emailed me again just a couple of days before this seizure, another littermate of Tate's had passed away, first Crusier, then Haley a week later, so scary for me to hear this

Tate slept a bit more then usual for a few days after his seizure and he seems somewhat weaker in his hind quarters, other then that his appetite is good, even excessive, he always wants to eat now , that is fine with me, whatever Tate wants , Tate gets these days ♥
Posted by onecollie at 5:18 PM 4 comments:

Today I am thankful for my health, the warmth of the sunshine, a husband who loves me and works so hard so I can be home right now to recover, and for my 3 loves, Tate, Kort and Lync ♥