Today Brad and I will celebrate our 18th Wedding Anniversary! ♥
Holy moly that's alot of years lol!  So much has changed in those 18 years, my dad has passed away for one.  I am so grateful that I was able to have him walk me down the aisle, a wonderful memory

Here's a couple of pictures from the day..... 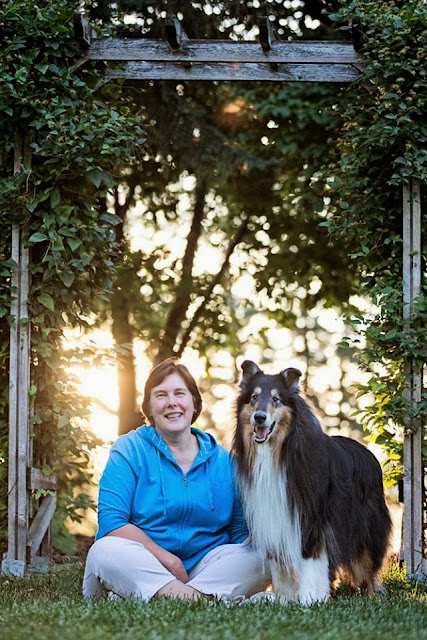 Today Tate was supposed to have his ultrasound but my vet decided to not do one.  She reviewed all the bloodwork, xrays, & notes from the other 2 vets that saw Tate .  She examined him all over & found no pain except when she palpated his anal gland of the left side.  She said it had calcified.  She was wondering if it could have just been this.  She also wasn't concerned about the narrowing of his intestines, actually to me it sounded as if she didn't think they had ....hmmm.
We are not totally sure it was his glands, it still could be he has a tumor in his urinary tract , or a bladder infection, but for now he is on antibiotics & we will have him checked out again in about a week.

He also could have/had kidney stones , or, although extremely rare, a clot that broke loose & lodged in his spine.  It is still a mystery as to why he could not hold up his rear end.


Tate has his ultrasound tomorrow morning.....I am hoping for good news, that they see nothing abnormal & that this was just a weird one time occurrence.

Tate finally started to feel better late Friday night, his nose was wet where it had been bone dry, his rear end stopped sinking quite so much as well.

Today he has slept all day long, deep sleep, the kind where you can walk by him & he doesn't even move.  I hope as he sleeps his body is working at healing itself .
Posted by onecollie at 4:28 PM 4 comments:

Not the Best Day 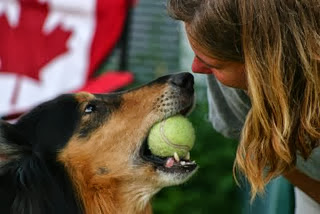 Today is my birthday, Happy birthday to Me

Not the best birthday I've ever had.  I actually love my Birthday, but today I'm just not feeling it :(

Tate is sick, it started yesterday.  Things happen so quickly with old dogs, you really are never prepared.  He kept laying down on our walk yesterday morning, he wouldn't settle at home, I knew something was wrong so I called the vet.  They took xrays of his abdomen & found that he has Ileus, which is a narrowing of his intestines, it is always a secondary disease, a result of something else that is going on.  The xrays didn't show much else due to the high amounts of gas in his abdomen & intestines.  The gas is a result of the narrowing.  He will be going for an ultrasound on Monday with hopes that will show excatly what is going on.  He is in pain, alot of pain, so he is on Tramadol which is a narcotic & Metacam which is an anti inflammatory.

He had a recheck this morning & they were unable to do rectal on him due to pain & the fact there is something blocking the way.  It could be his prostate, it could be a mass, we just have to hope for answers from the ultrasound. 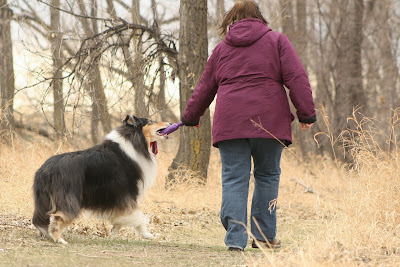 What I find the most worrisome is that he has gone from enjoying his walk, & running around chasing his ball, to not wanting to walk at all, & he is so weak in his rear end all of a sudden as well.  If he stands for any length of time his rear begins to sink,  I wonder if this is from the Tramadol?
I know he is hurting & it hurts me so much to see it.


So if everyone that reads this could say a little prayer for my old guy I'd appreciate it , I want him around for a long time. 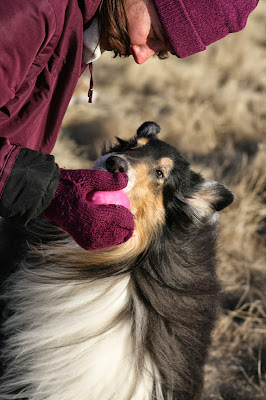 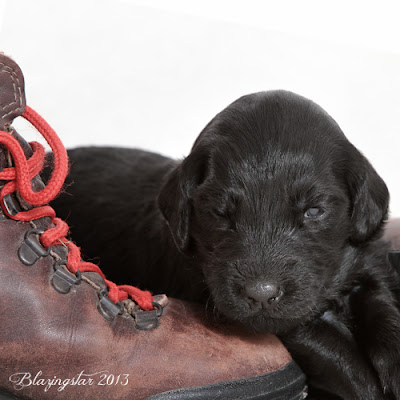 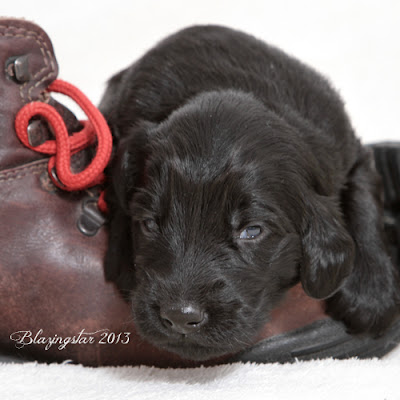 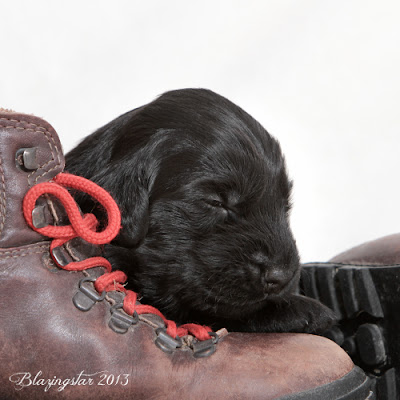 
I've been meaning to do a post on the Tater dog for awhile now.
He is doing really well, I was worried for awhile back at the beginning of July, he really seemed to be struggling mentally & physically, but he seems a bit better.   I ran out of Metacam & was supposed to go in for more bloodwork & a urinalysis before getting more, but I started to work more hours as I was filling in for holidays, & just never did make the appt.  About a week ago I really noticed the difference on our walks, poor guy, he starts out well but within 10 minutes he is really slow , it upsets me so much, to see him "old"
I called my vet & she had no problem giving me the Metacam without all the usual tests, I need to keep a close eye on him for increased drinking or urination though.
I have also started to walk Tate & Kort separately when I can, it is hard to walk them both now, Kort is way ahead on the flexi & Tate is way back, I feel stretched in two direction lol!  It's also not fair for Kort to have to putter along, he needs to really walk, as do I.  Of course it is not fair to make Tate rush either as he just can't keep up.

As much as it hurts to see Tate age, it is also wonderful in many ways.  He is funny & calm & loves to play with his ball on our walks still.  He loves to be groomed & will crawl up into my lap with his 2 front feet & give me kisses as I brush .

I spend lots of time kissing him, & telling him I love him.  He lays with me on the bed alot, something he never did as a young dog, I always make sure to keep a hand resting on him so I can feel him, weird I know, but I just want him to know I'm there.

I know I am blessed, so many of my friends dogs have not made it to this age.
Anyway, just wanted to update you all as my posts lately have been mostly about Kort & his Spondylosis, & the new puppy who is coming soon.

Never fear though, Tate continues to have the top place in our house, he deserves no less ♥ 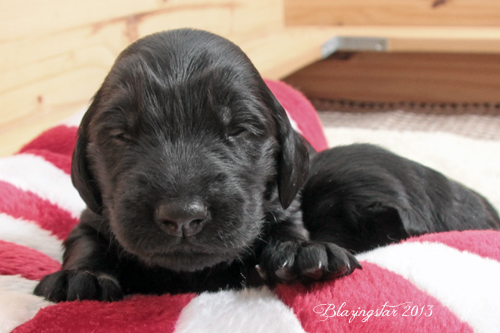 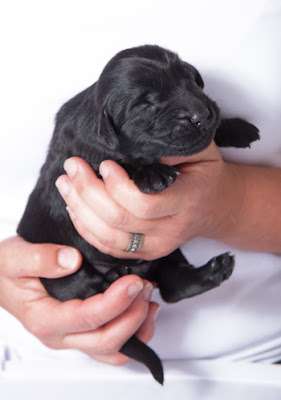 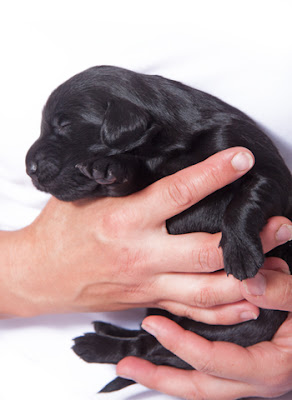 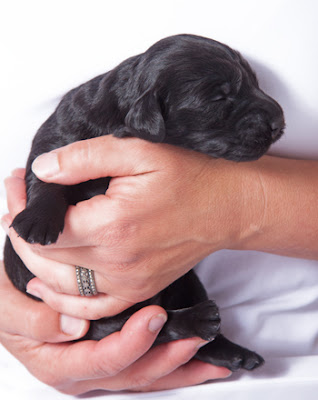 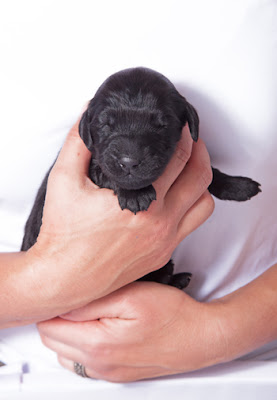 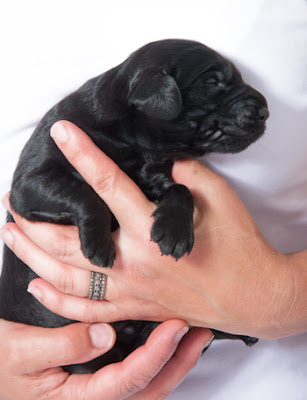 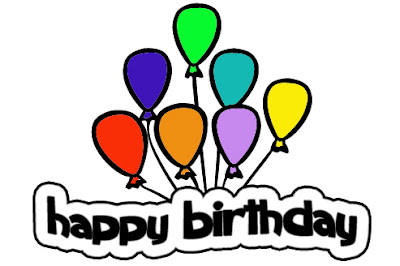 This stunning photo was captured by Liz's husband Andy,  & no that is not a puppy with a flipper, it is the puppies ear that is underneath lol! 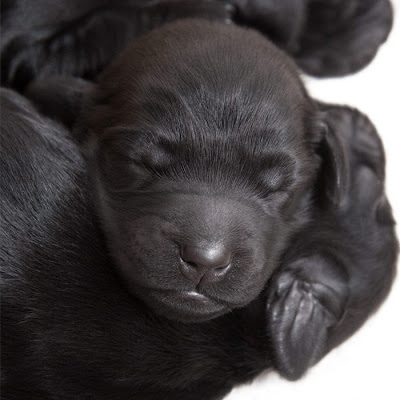