Amanda asked me if she could perhaps train Kort to his Herding Started Title !!
I am so not into herding, even though I have a herding breed.  Kort LOVES to herd, like seriously crazy for it, so when Amanda asked me I was thrilled.
We are looking at getting him ready to trial for next spring. So exciting! 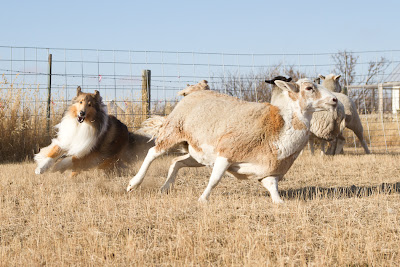 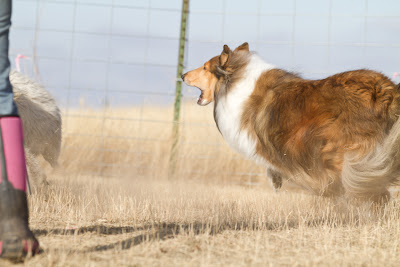 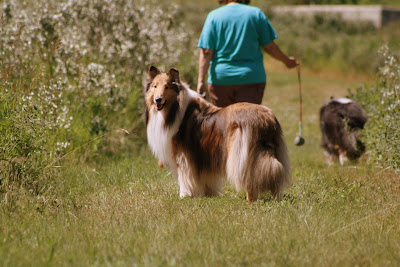 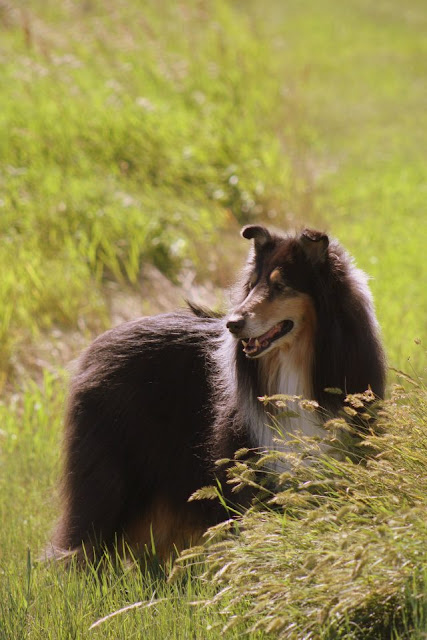 An Afternoon at Blazingstar

Yesterday I went out to Blazingstar as Amanda was there house sitting for Liz.  The dogs had a blast running in the river and around on the gorgeous property. Amanda took some pictures & I took video, make sure to turn down your volume if you watch the video, the wind was so loud it was annoying & it sounds even worse on the video :)

This picture of Tate is so gorgeous I can't stop staring at it, hard to believe he's 10 ♥ 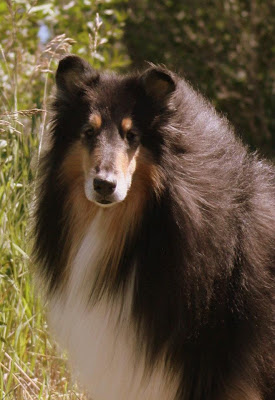 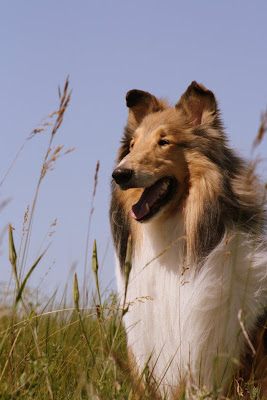 Perkins had a blast !! 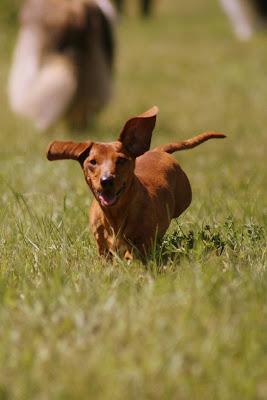 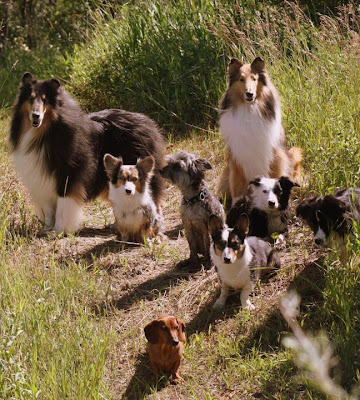 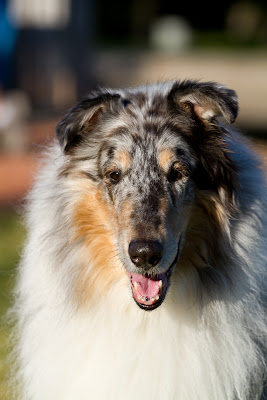 It is with a very heavy heart that I tell you Woody passed away
yesterday at the wonderful age of 12.
He has been with his new family since October last year.  He was very loved & happy , & for that I am grateful.
Thanks to Windy City Rescue for making it possible for Woody to come here to Lethbridge to be fostered by me, & eventually end up with his forever family.
Rest In Peace Wood Man ♥ 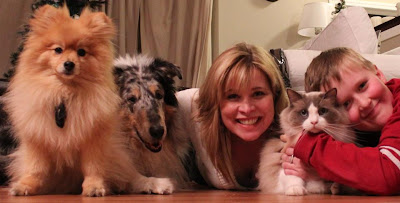 Brad , the dogs & I spent the day at Waterton, of course I took video :)Sorry about the crazy strong wind noise, I have to figure out how to make that better on this video camera.

Houdini In The House ???

Last night we had some serious magic going on here :)
I went to bed about 11 pm, I did my nightly routine of letting the boys out for a pee, I ABSOLUTELY remember them coming in, Perkins first, Kort second, Tate pulling up the rear.

Brad went to bed about an hour after me.  It is so crazy hot here that we leave all the windows & doors open at night to cool the house down.

I bolted out of bed & there he was , standing outside. I woke Brad up & he said he positively DID NOT let Tate out, I believe him, because as I said, I am a seriously light sleeper, & I did not hear the door opening after I went to bed, so how did the bugger get outside, & how long was he out there ???? lol!!! 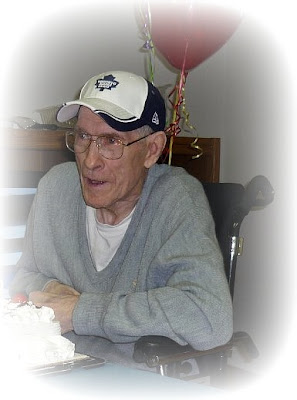 Standard Runs, I had You tube fix the shaking but it made the border shakey instead lol!!......

Kort in his Jumpers run on Saturday, taken by Wendy of course ! :) 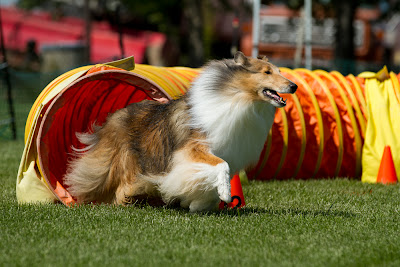 Trial # 1,
Kort got his 1st Intermediate Standard Q & also won the prize for the Highest Scoring Herding dog in a Standard run!
He NQ'd in his Ist Novice Jumpers run by back jumping a jump

Trial # 2,
Kort NQ'd in Standard by dropping a bar
Kort Q'd in Novice Jumpers to get his first leg!

There was also Scenthurdle after the trial, our team has injured dogs so we didn't run but we stayed & volunteered , it was soooo hot!!!!

Trial # 3,
Kort NQ'd in Standard by getting 3 Refusals, a wrong weave entry, running by a jump, & almost taking the dogwalk instead of the tunnel
Kort Q'd in Jumpers giving him his 2nd Q!

Trial # 4,
Kort NQ'd in Standard by dropping a bar
Kort Q'd in Jumpers, after getting a re-run, giving him his Novice Jumpers With Weaves title !!

We also came home with some awesome prizes from the Volunteer draw & the Raffle, one prize was a 42" expen, whoo hoo!!!!!

What a great trial it was, although it was terribly exhausting, we are a tiny club, & just a handful of members do Agility, so we all are pretty exhausted given the heat factor, as well as running in 8 trials in 2 days, setting up & taking down !
Many people from out of town stayed to help take down tonight & we are so grateful.
I think Kort & I are going to sleep for a week!

These are our prizes from the draws....all for my "Rook Box" , I think I will need another box :) 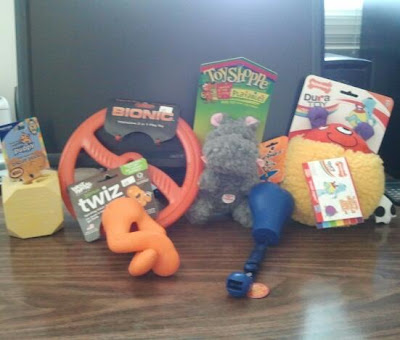 I have been MIA with my blog lately!!  I just never seem to have enough hours in the day anymore to do everything I want.
This past weekend Kort & I were in the Canada Day celebrations doing demos in Agility with my Agility group.  It was so much fun & Kort was such a good boy.
The next day we were invited out to Liz's place to have some pictures taken, I am so thrilled with how the pictures turned out!  Liz has a lot of practise photographing her Flatcoated Retrievers, so she wanted to try out another breed with more hair, needless to say we were happy to help out!
This weekend is our local CKC Agility trial & I am on the committee so I've been busy helping out where I'm needed.  I am excited for the trial ,  Kort is in Intermediate Standard & Novice Jumpers with Weaves.  I am a bit worried about how hot it is going to be though, with temperatures in the 30C range !
I have posted most of the pictures from Liz's on my Facebook page, but I'll post a few here for those of you not on Facebook :) 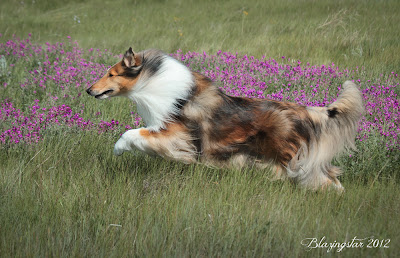 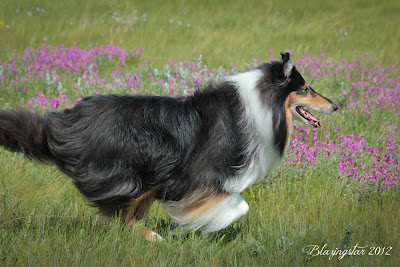 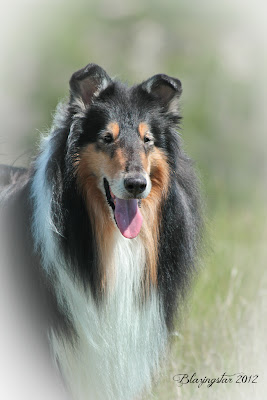 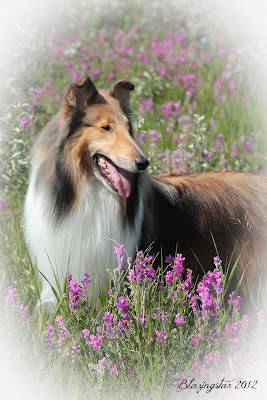 The following pictures are from Canada Day...... 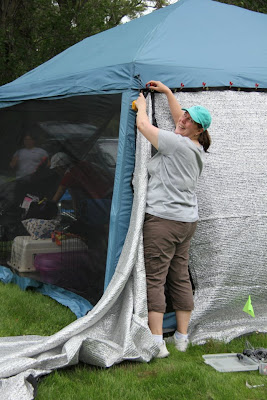